Star Wars Rebels Executive Producer Dave Filoni recently took some time to reflect on the highlights and heart-breaking moments of the show’s second season in his interview with StarWars.Com blogger Dan Brooks.

In the first part of this exclusive interview, Filoni talked about what it was like bringing Darth Vader to the small screen; Ahsoka’s gradual (but ultimately heart-wrenching) discovery that Vader was her former master; how the Rebels production team borrowed existing (and often unused) concept art and assets for use on the show; how Rex, Wolffe, and Gregor dealt with the aftermath of Order 66; and how important it was for the team to devote time to each of the Ghost crew-members and give them more depth, history, and background.

Regarding Ahsoka, Filoni highlighted how important it was not to turn Rebels into “The Ahsoka Tano Show”, how he had envisioned the Vader/Ahsoka confrontation playing out on The Clone Wars, and how Ahsoka was originally going to play a much more passive role in the Rebellion.

“The conversation I had with George about Ahsoka was mainly pertaining to Vader, and what would she know, what wouldn’t she know, because it was George’s feeling that she survived Order 66. So I made sure to discuss with him his feelings on that, and then I’ve made choices since then. That’s kind of the world that we all live in now as Star Wars creators. We have to make our choices based on where we’re at in the shows that we’re doing. But her being a Fulcrum-like agent, a part of building this rebellion and stuff, was never something we really discussed in detail. Maybe we discussed as far as possibilities. It was really something that [Executive Producer] Simon Kinberg and I developed along with [Season One executive producer] Greg Weisman when we decided that Ahsoka could play this Fulcrum character.

Originally, I was thinking Ahsoka was much more of a passive player. That she wasn’t a combatant as much. I later changed my mind and thought, ‘We really need to see the warrior in her in this volatile time’. We’re always evolving the characters and their stories to try and get the best thing possible.”

He also added “I’m very grateful for the fans loyalty and their campaigning. It made it even more entertaining when I was messing with them relentlessly about what was going to happen in the [season] finale”.

You’re very welcome, Dave. But quit toying with our hearts and tell us what happened to our beloved Snips on Malachor…

Details from the second part of this interview will be posted here once they’re available.

Head on over to StarWars.com to read the full interview (Part One & Part Two). 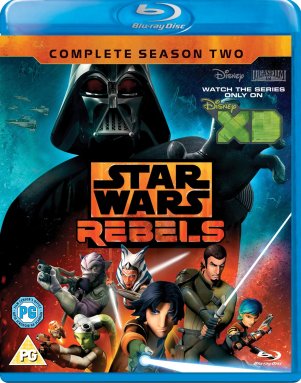 Relive the highs and lows of Star Wars Rebels: Season Two by ordering the Blu-Ray on Amazon or Amazon UK today!

Kelly M is a freelance translator, writer, and editor hailing from Gibraltar and living in the Netherlands since 2006. She is an avid fan of Star Wars, Star Trek, and the Tomb Raider franchise (among other things) and she has a deep personal interest in East Asian popular culture. You can find her on Twitter under the names @FandomNiche and @Kello_Ren.